Patrick Flynn: What’s up, everybody. It is Pints with Pat, we are Friday, April 9th.

Patrick Flynn: Friday, April 9th. So me and Matt just had a conversation of making these a little more to the point, maybe a little shorter to get my points across quicker. So we’re gonna start with a quote this week. I heard this in a couple different places. I read it somewhere, and I just think it’s really relevant, not only to business, but family and life, in general. I don’t know who said it. If anyone is listening to this and knows where it came from, maybe you can write it in the comments, but it’s: “Hard times create hard men. Hard men create easy times. Easy times create soft men. Soft men make hard times.” I’m gonna say it one more time. “Hard times make hard men. Hard men make easy times. Easy times make soft men. Soft men make hard times.” So the quote says, men but men, women, whatever, people, in general. I think that’s pretty relevant to what’s going on in government right now and what’s going on in our country.

I’ve been watching a lot of YouTube or World War II, World War II movies lately. I just watched Fury for the first time with Brad Pitt. Phenomenal. Me and Jane were watching Saving Private Ryan the other night. All great, these great World War II movies, or the greatest generation, they’d say, right? These people that were born during the Depression, had a real tough upbringing. And then over to fight Hitler in Europe, and Japan in the Pacific, the battle for the Pacific. And I think about that, and I think about nowadays, how we’re, every one fucking complaining about everything, and everyone’s offended at everything, and we’re out there cancelling cartoon characters, and all this bullshit. It’s like, “Man, we really have nothing else to worry about?” So that’s it. And I’m not gonna go on a political rant, but that… I think that quote strikes home to us as a country.

I think it strikes home to families, too. You hear about a lot of families who, the hard old man that built the steel company or built this generational wealth, and then the kids end up being drug addicts or whatever and squander it away during the easy times because they grew up with whatever they wanted. And even in business, these men or women that built these business empires, and everything’s thriving and everything is good. Sometimes, if you don’t put the correct leadership in place after that, you put a leader that’s just been, just seen soft times, has never been, not a wartime leader, you can be led astray, and things can go to shit quickly.

So I would just urge you to think about that quote as you go on day-to-day. We all live in America, it’s not like we’re going through… I know anxiety is a thing, and mental issues are a thing, but you take a step back and have some perspective on the way we live here compared to the way people live in a lot of parts of the world. You know, we’re pretty freaking privileged to be here. So if anyone’s read the David Goggins book, what was it? Forgot the title of it. Can’t Hurt Me or something like that? But he always, if you follow him on social media or whatever, his thing is “always stay hard”. And I kinda talked about that last week with the “waking up early”. Staying hard, staying tough, not letting yourself get soft, really. And I think that’s a great way to go about life. And I think about that a lot. I think about a lot with YellowBird, I think about a lot with my family. So cool, that quote really stuck with me. So yeah, thank you, Logan, Can’t Hurt Me, that’s it.

My other… That was my main thing this week, but from the YellowBird front, things are rocking and rolling. We have, I have listened to a lot of podcasts four or five years ago, and it talks, they, a lot of them talk about how your team and the people you have around you, it’s everything, that’s the whole company. And it hasn’t been until the past year or so that I’ve really seen that come to fruition. I’ve never been happier with the team of people we have here. And in addition to that, we were talking the other day, we had a bunch of projects we wanna take on, and literally, no one in our office has any fucking bandwidth whatsoever right now. Everyone is balls to the wall, which is both a good thing and a bad thing. We’re looking to hire, so if anyone listening knows anybody, we love referrals. So we’re looking to hire a sales agent. We’re looking to hire someone to help with lead intake. We’re looking to hire someone that can do PR. So we’re looking to grow. Really happy with our team, really happy with the spot we’re in right now.

We read a Grant Cardone book not too long ago. What was that book called, Matt? What was the Grant Cardone one? I can’t remember. Look it up. But it was really good. And you know, he talked about having new, I can’t remember any fucking book titles while I’m live on the podcast here. He talks about having new problems. So when you’re stagnant, you have the same old problems over and over again for years and years. But if you’re hammering through, you’re making changes. The one we read isn’t on there; it’s the one with him sitting on his jet. If you’re making changes, if you’re being a change agent and progressing through, the first sign that you’re making progress is when you have new problems. And we do have a new problem right now. Our new problem is follow-up. We’re generating good, we’re generating great leads. We’re buying a lot of houses. I think where stuff is slipping through the cracks on our follow-up. We have the tools to do it. We have HubSpot, we have a couple other softwares we’re working with. So we’re taking that on this week. Another… Or they’re this quarter, we’re taking on the follow-up.

One more thing I wanted to put out to everybody is we recently finished the Matthew McConaughey autobiography in our YellowBird Book Club. It’s phenomenal. It’s a quick read, too. He’s not only funny, he’s very insightful. It’s an enjoyable book to read about his life, and it’s very easy to read, too. So highly recommend the McConaughey. Yeah, Janna, Be Obsessed or Be Average, that’s the Grant Cardone book. But the McConaughey book was awesome, highly recommend that. And he wrote his book based on notes and journal entries and poems that he’d been writing since he was 18 years old. I thought that was really cool, that he had still had a lot of record of stuff he wrote. He’s 50, right? He wrote the book. Being 50 years old, he wanted to write a memoir about the first 50 years of his life, and he had poems and notes to go back to from when he was 18. [chuckle] I thought that was really interesting, and he kept them throughout his life. Takes a lot of organization and discipline to do that.

I use a app called Evernote. Really good. So I’ve always had trouble organizing my thoughts, and it’s always would just become the jumbled mess of chaos. Evernote has allowed me to organize it a little more. I have OneNote and you know, reach out if you want to know kinda how I do it, but I feel like I got a good handle on it now. And when your thoughts are organized, and you write a good amount, you just feel better about it ’cause I used to think about shit all the time. And then if you think about stuff, it comes and goes. But if you write it down, and you can look back in a year or two years, and kinda see where your mind was and at that day, at that time, really interesting to watch yourself grow that way.

That’s one of the other reasons I do this podcast every Friday. It’s really interesting to hear my perspective a year ago. I haven’t been doing it for two years yet, but I’m sure it’ll be cool to look back two years ago. It keeps me growing, it keeps us progressing because if these all start to sound the same, well, it’s boring for anyone that’s listening, and it’s boring for me because we’ve stagnated. But that’s all I got. Yeah, Greenlights, Logan. Thanks for all the book titles, man. [chuckle] I can’t think of them on the spot. And thanks for everybody that listen. And we will see you next Friday. Have an awesome weekend. 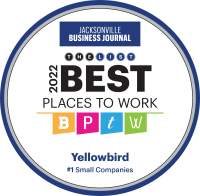